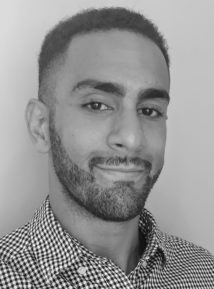 Ashley was born in South West London and in his earlier years took a keen interest in football, which is what initially led to an interest in the podiatric field and in particular biomechanics. He attended Brighton University for his undergraduate degree, which after completion started his first post working in Watford at a specialist podiatry clinic providing routine podiatry care in the private sector.

After the best part of 2 years spent gaining vital experience in the private sector Ashley began working within the NHS as a band 5 podiatrist to continue his development. This where he began getting more exposure to complex patients with multiple needs including routine care, biomechanical assessment and treatment as well as nail surgery. During this time gaining experience and attending courses to further develop knowledge in the field of biomechanics and musculoskeletal (MSK) conditions he received a promotion to MSK Specialist role, which has enabled further development opportunities through training and studies as well as hands on experience.

Outside of work Ashley enjoys spending as much time as possible with his family and still enjoys playing and watching football. He is also a keen music fan coming from a family of musicians and regularly likes to watch live music whenever possible.

Through his experiences in both private and NHS in roles with a broad scope initially and most recently specialising with biomechanics and musculoskeletal conditions, Ashley has been able to gain well rounded exposure but has found the most job satisfaction from the relationships that are built with patients and friendly atmosphere that is provided in the private sector so has a strong desire to continue in this pathway.

Ashley works on a Friday and a Saturday.

Coronavirus – Our commitment to our Patients, Visitors and Staff March 17, 2020