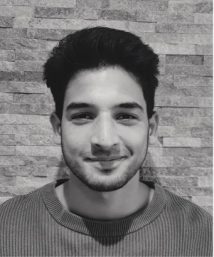 Originally from South West London, Rhys was heavily involved in several different sports including a variety of mixed martial arts. Whilst taking part in such a wide range of different sports he experienced various sporting and back injuries, which led him into a world of rehabilitative spinal care and chiropractic treatment.

He graduated from the Anglo European College of Chiropractic (AECC) having successfully attaining an MChiro in Chiropractic. Rhys has developed his skills by attending various seminars including Gonstead and Thompson chiropractic technique.

Rhys uses a holistic approach to his treatments and will use different techniques tailored to each patient’s individual needs. He uses various techniques, which include, diversified, Gonstead, Thompson and shockwave therapy. In addition, Rhys has a passionate interest in addressing sporting issues and low back disorders.

Rhys lives in East Grinstead and is highly involved in music and enjoys quality time with his family and his two dogs.

Rhys will be registered with the General Chiropractic Council and a member of the British Chiropractic Association from the 21st August 2020.

Coronavirus – Our commitment to our Patients, Visitors and Staff March 17, 2020